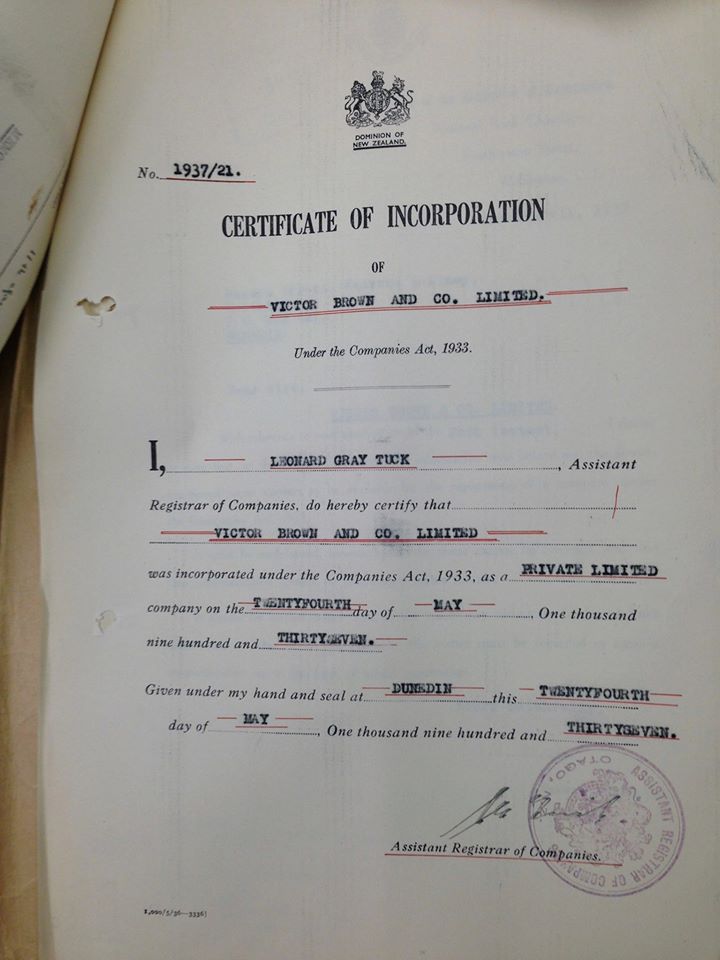 Victor Brown Electrical has a long and proud history of service in the ever evolving Electrical industry.

Our name sake, Victor Henderson Brown, was working as a sparky before the occupation was even named Electrician. We have an original certificate belonging to Victor, which refers to him as a “Council Wireman.”

Victor Henderson Brown went on to establish Victor Brown & Co LTD in 1937 and ran this business until his death in 1956.

Alan Johnston who was one of Victor’s apprentices took over the business in 1961 and changed the name to Victor Brown Electrical LTD. Alan ran the business until his retirement in 1977.

Geoff and wife Margaret went on to run the third incarnation of VBE in 1977 (Victor Brown Electrical 1977 LTD). Until Geoff’s retirement in 2016 (we thought we’d better give him a break after 50 years on the tools). 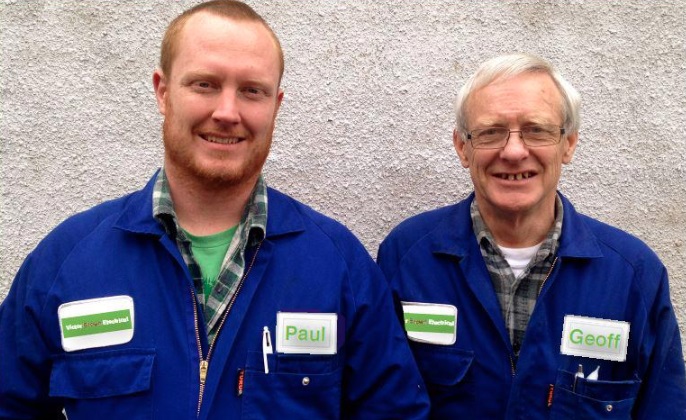 Paul Maxwell, Geoff’s son began his apprenticeship in 2003. The last in a long list of apprentices to learn the trade under Geoff’s ownership of the company.

Paul went on to take over as Director in 2015 and continues to run the family business with his wife Emma. Paul is proud of the legacy of Victor Brown Electrical and welcomes the responsibility of keeping the business moving forward in a rapidly changing industry.